There’s something very important about Google’s mobile ranks you may not know. It could determine the next evolutionary phase of SEO and Google’s basic ranking rules, and you may have never even heard about it.

What you’re about to learn is virtually unknown, and yet it’s a major part of how Google determines mobile ranks.

Google’s ranking algorithm is constantly evolving, and in turn, the search results we see are more personalized (tailored to suit the user’s data that’s always being collected). There are multiple layers to this process: the first one checks what location the search is coming from and which UI language is being used, and the second one checks if the search is from mobile or desktop.

But as our R&D team discovered, there are actually another two layers of filters. These additional filters seem to be more active than ever and even more influential over the ranking results.

Location – The first layer of filters is location based, which we’ve discussed here many times (links to helpful articles are at the end of this post). It’s one of the first personalization filters Google introduced to improve search results. Although the way they began gathering location data might be controversial, this move on the surface makes a lot of sense and helps local businesses have a better fighting chance. For example, let’s imagine a casual search on Google for a bicycle repair shop. If you were to search from Queens, New York, it would make sense to give you search results with businesses near your location ranked higher in the SERP than others due to awesome SEO but with less relevance to you. Essentially, this idea marked the dawn of local SEO, which is one the standards today.

Mobile vs. Desktop – The second layer that determines search results is the type of device we use to search: mobile or a desktop PC. It’s common knowledge by now that mobile ranks are different from desktop ranks. Since mobile searches are done on mobile devices, by definition the user might be on the go. Mobile users practically ooze location data, which is why the search results they see are much more geo targeted than desktop search results.

The biggest Google announcement on the subject was two years ago when they officially revealed their mobile-first approach. Ever since, websites that have aligned to mobile-friendly guidelines are more positively influenced in ranks on the mobile SERP. They also announced plans to develop their algorithms further, making mobile and desktop SERPs distinct from one another to offer more relevant content. Mobile-centric searches on Google outnumber desktop searches by almost 2:1, which also influences ad targeting.

If you aren’t familiar yet with Google’s mobile-first approach and what it means for SEO and rank tracking (or you just want to refresh your memory), we recommend you read our article on the subject:

International version page indexing – These layers are also used to determine what specific page will be ranked and indexed. Websites that target audiences from multiple countries or in different languages will have several versions of the same source material suited for those audiences. To get the best results for the audience, and in the way designated by the website owner, Google will index the pages according to the user’s location and UI language. The instructions are taken from the HTML <head> element. For example:

This indexing principle also applies to websites that have a separate mobile version.  Google will index and display the mobile version of a webpage on mobile searches. Example of a mobile-version website URL: m.frenchfries.com

The additional NEW layers Google isn’t telling us about

Now, this is where we dive deeper than ever into Google’s personalization filters. A few years ago, PRT discovered Google was making the distinction of not only desktop vs. mobile, but also which mobile OS and mobile device type were being used. Google therefore showed different search results based on all these variables. As soon as we discovered it, we incorporated the ability to track these ranks into our SERP tracker, and PRT users have been able to keep track of all these layers ever since.

At first, these changes were subtle—a difference of maybe 1-2 positions apart at most—but now the gap seems to have increased to spaces as wide as 40+ positions. Not only that, but different page indexing has been observed, just as for alternate international versions of a page.

Surprisingly enough, almost no one in SEO talks about this phenomenon, but clearly some are in the loop about it because, as you are about to see, there are hints of highly advanced targeted SEO happening to influence those layers specifically.

Here’s what we know so far:

Red is iPhone rank and blue is Android rank

What we see above are web pages being ranked differently by mobile OS for the same exact location and language, with the widest gaps spanning double digits and fluctuating wildly – sometimes to the point of not showing in the top100 for a particular mobile OS.

If it happens to any of your websites, it will pose a real problem: Apple, on average, takes 20% of the mobile market share[1], and depending on which OS the ranks drop in, it could mean the loss of up to 80% of potential mobile search traffic plus half of all organic traffic!

Even if the lesser of these evils happen and it’s “just” Apple ranks that suffer, it means losing high-end customers that are often more financially stable (vs. Android users) and who have high brand loyalty.

red is iPhone, blue is iPad

With Apple and Android, we can see even wider gaps searching from the exact same location and with the same language, but showing phone vs. tablet. The final image shows the range and size of the possible gap.

A tablet SERP might be seen as a hybrid somewhere between mobile and desktop because of the screen size. It’s reasonable to assume certain websites will perform better on a tablet than a smaller mobile device, and therefore be ranked higher, and vice versa.

In addition to ranking a web page differently depending on OS and type of device, we can also see Google indexing a page for the same keyword, location and language as they see fit. The decisive factor for this indexing appears to be OS and device type.

The big concern here is how the website owner intended for his webpages to be indexed for these keywords. This could be by design of the SEO expert or simply Google’s algorithms “knowing better” which webpage’s content seems more relevant. It could be beneficial for all sides, or it’s possible people will see irrelevant information — and that could end up damaging the website’s business. Each case needs to be individually examined, and this is why it’s important you take action.

This may not be a full-blown phenomenon yet, but it’s more important than ever now to follow it. Here are some benefits to tracking those layers, even if your ranks aren’t currently influenced by them:

How to track those layers

Luckily, we’ve been researching and tracking them for more than two years, and we can fetch these ranks with 100% accuracy, just like all the other ranks on the search engines we support. So now that we know the ‘why’, now it’s time for the ‘how’.

Let’s say you’re tracking an Apple-exclusive app called “siphon” that sends even more sensitive user data to Apple on users. The website for the app is siphonmydata.com.

Before you start tracking, you need to choose the ranking elements that are relevant for you: Here’s a preview of what proper rank tracking of a single keyword and website should look like: The future of mobile ranking

Blogs and forums were actively developing strategies around local vs. mobile SEO long before Google officially announced it was personalizing results based on location and device type. There’s a hive mind of SEO specialists monitoring changes and phenomena all the time. Often, SEO tools on the market discover strange shifts in Google, only to discover they are precursors for a major Google update.

It’s not clear if these are signs of an upcoming major Google update or some desired effect of an SEO strategy those websites are implementing. While the trend is unmistakable, and ranks dropping off the SERP altogether for iPhone or Android users can’t be ignored, there’s no need to be alarmed yet. The ranking differences are still insignificant for most cases.

Still, more and more people search for what they need using their phones and tablets, so it looks like having a mobile site ready will become a requirement to provide the best user experience. Mobile website optimization services are gaining momentum to welcome the new customers who prefer using their phones for convenience. Online shopping looks like it’s also shifting toward mobile, so eCommerce websites have to come up with a mobile-centric search strategy to aid in their buyer’s journey and capture clients who favor their smartphones and tablets.

We believe including mobile OS and device size will at some point become standard SEO practice. Whatever the ranking future may be, we guarantee we’ll keep a close eye on any changes Google makes and continue to innovate our rank tracker to stay ahead of Google. 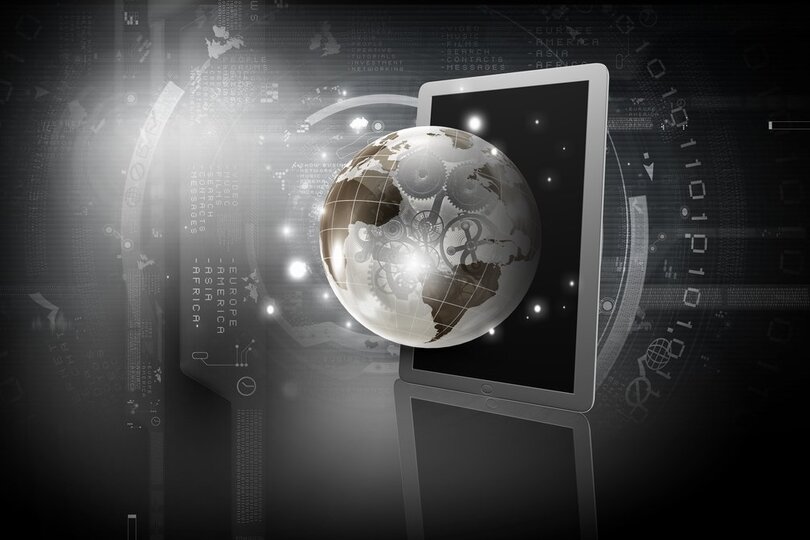 We will continue to monitor this subject closely, so subscribe to our blog and don’t miss out on important updates. Comment and share (it helps our blog grow and spread the message).

PRT is an industry-standard SERP tracker with features (like the one we mentioned today) that no other tool offers. We guarantee the freshest and most accurate ranks you can get on the market – we update ranking data at least once a day and up to 3 times on demand. The ranks you get are 100% accurate and are collected from Google, Bing, Yahoo!, Yandex, Amazon, and YouTube with all the required ranking factors for 2018.

PRT’s monthly plans are the most affordable you will find: Our most popular monthly plan is just USD $0.037 per tracked term!

If you aren’t a PRT user yet, you can start a full 7-day trial with all the features for FREE right now and see how your Android and Apple ranks are doing. Not only that, but we are NOT going to ask for your credit card!

We actually believe in what the word ‘free’ stands for, and we oppose the common practice of auto-renewal trapping because we have full faith in the quality of our tech. After the 7-day trial is over, instead of being sneakily charged, the plan will simply revert to our regular free plan that has no time limit (it’s limited on features with a limit of 20 tracked terms).

We love sharing our success! Join our awesome Affiliate Program and start spreading the word on PRT. We have some valuable features that no other SERP tracker offers on the market. Not to mention the 20% recurring commission for the entire lifetime of the referred account could be insanely profitable in the long run!

The Secret Benefits of a Well-designed Logo

Is your website visible on Google search on Apple devices?
Scroll to top