Cool voice stats and facts for SEO in 2019 and beyond

Let’s break down some of the cool recent stats and facts about voice search and some estimates on where it’s headed.

Google first launched its voice search feature back in 2002, but they were far from the first to implement technology that understands human speech. In fact, the first voice recognition technology was named ‘Audrey’ and was developed by Bell Laboratories all the way back in 1952!

Audrey could only understand numbers, but in 1962 the ‘shoebox’ technology was capable of understanding 16 words in English.

In 1976 ‘Harpy’ was developed by Carnegie Mellon and it had the ability to handle 1011 words. For the few history geeks reading this, here’s the actual study from Stanford detailing the Harpy experiments.

In 1986, a doll marketed towards children known as ‘Julie’ could be “trained” to respond to their voices. 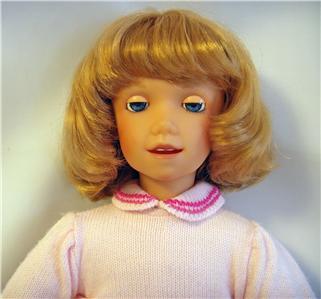 Nothing to worry about here folks. This doll WILL NOT wander your house when no one is looking and talk to your kids about the cleansing beauty of fire.

Until the introduction of microprocessors, voice recognition developments had one major flaw – they would only understand one word spoken at a time and not when they were spoken fluently. In the late 80’s the leap towards speech recognition finally happened and in 1990 ‘Dragon Dictate’ was created as the first commercially available speech recognition software.

Eventually in 2001 the technology hit its next plateau – applying voice to actions besides dictation. Enter Google with “Google Voice Search” for iPhones, which outsourced voice recognition to their huge data centers, dedicated to analyzing speech like no single “isolated” program ever could. Voice recognition had just made the leap from simple dictation to applying commands.

Eventually Apple caught up with Siri, which also relied on cloud computing to understand commands, and could apply them broadly beyond making internet searches. It’s important to note however that Siri still actually uses Google as its search engine. Google quickly realized the importance of the Apple user market and since 2017 pays Apple billions of dollars per year to remain the default Siri search engine.

A.I. which understands human voice with variations and native speech types and accents is actually one of the landmarks towards general A.I. (the next one is understanding the human voice with regards to context and determining intent and states of mind through intonation).

Let’s get to the juicy facts – how dominant is voice search currently? It might be much bigger than you think!

Leading the charts of smart speakers is Amazon Echo with a 61.1% market share and Google Home with 23.9% (VoiceBot).

Back in 2016 Google said that 20% of all mobile searches were voice searches. Google hasn’t released any new data on the subject, but we can estimate that it’s a much larger percentage now. There are more than 2.2 billion mobile searches on Google daily, so even if it’s still at 20% (which it likely isn’t), it still amounts to at least 440 million voice searches a day from smartphones alone!

Once you go voice you don’t switch your choice – According to one survey, 65% of smart speaker owners said they can’t imagine going back to the time they didn’t have one. This was a survey conducted back in 2017. The various voice assistants have become even more advanced and usable since then, so this figure has likely grown significantly.

Regular text search is more keyword focused because we are used to finding results based on general searches that are contextually broad, which is why “verbally poor” search terms such as “new iPhone buy” will get us what we are looking for. But saying the same term will seem awkward, that’s why the equivalent term for voice search with same search intent will be something like “Where do I buy the new iPhone?”.

Not only that but people will even add words such as “please” and “thank you” because how immersive it can get!

This makes total sense since Google says 53% of smart speaker owners claim it feels natural talking to their voice assistants.

So voice search is conversational in its phrasing, which is why typically voice search terms tend to be 3-5 words in length, and are dominantly in question form (Campaign).

Here’s what we gathered:

Voice search is actually a market with legit purchasing power based on demographics alone. 58% of smart speaker owners in the US make over 75k a year. This makes sense, as people with more disposable income are likely to spend it on various gadgets such as smart speakers.

44% of regular voice search users also regularly order products using their devices, such as groceries and other common items. And 62% of voice users are likely to buy at some point. This is also because people dictate shopping lists to their voice assistants and that usually translates to ordering from that list eventually (Think with Google).

These are figures anyone in eCommerce simply cannot ignore. This means a market consisting of tens of millions of potential voice buyers and not just searchers or music players.

So, the next question is, what types of products do these millions of users typically order?

19% go to entertainment based shopping.

17% are for ordering electronics.

Surprisingly enough even apparel is ordered “blindly” without screens – 8% of total voice orders.

Where voice search is headed Artificial Intelligence will connect us to the internet in ways beyond voice eventually. You will not even need to search, you will simply “know” the moment you need to.

From the present time, let’s take a look at some predictions as to what the future holds for voice search and usage.

So according to one prediction made by ComScore back in 2016, by 2020 50% of all searches will be voice searches. However, this prediction was overly generous. The more realistic estimate is that this will happen more towards 2023. Basically soon, either way you want to break it down.

Voice is still somewhat flimsy when it comes to conversion potential and people still predominantly purchase lower value items. But voice eCommerce is predicted to rise to 40 Billion by 2022. And 55% of households are predicted to have at least one smart speaker (Cision).

These virtual assistants will eventually know us better than we know ourselves. While we only have our own and close environment biases to rely on. Virtual assistants are impartial by nature and any bias will only stem from their will to sustain their “masters” economical growth (be it Google or Apple or whoever). So, expect to be engineered and tailored to suit some narrative the big companies want to initiate. Ads tailored to our psychological profile will be irresistible to us. The news and content we receive will shape our minds in the way that the big companies want, packaged in a way that is palpable to each of us individually. For example, a smart speaker might detect our tone to be emotionally prone to impulsive purchases and will slip ads to increase the chance of us buying. Smart devices can already ‘eavesdrop’ on conversations and then present us with unsolicited ads based on keywords mentioned casually.

They will have a data pool of hundreds of millions of personalities from which to build a common baseline.  That baseline might serve to shape their evolution into general intelligence with a “human feel”, one that passes the Turing Test with flying colors.

And  to take this even further, how soon will we reach the next phase – mind search? Browsing the internet with brainwaves without even using voice.

How do you track voice-search ranks?

*This example will be shown on Pro Rank Tracker’s tool, but it generally applies no matter which SERP tracker you use.

Voice search is predominantly mobile and local, so if you are tracking voice search related keywords do not forget to do it the right way, by including all the mobile OS, all types of devices and a relevant location.

For example if a person in Colorado says to Siri “Where can I eat some sushi?”, it should look something like this when you are inputting your keywords, website and business for tracking with PRT:

Not only that, but it’s important to note Google shows iOS users a different SERP than Android users. As you may recall, Android might lead the smartphone usage charts with a 74% market share, but Siri (iOS) voice searches actually account for almost half of all mobile voice search! (VoiceBot)

You basically HAVE to make sure you are also visible on iOS devices, which is why we specifically have the option to track mobile ranks by OS type! (this is exclusive as far as we know, and no other SERP tracker has caught up to us).

We are entering a new frontier of screenless browsing and searching. This trend is also evident in audio books and podcasts being more popular then ever before. Once interaction with voice assistants becomes seamless, this might actually overtake screen browsing.

As things currently stand the main beneficiaries of voice search are the top organic results. (but to be fair, top results were always the main winners of SEO anyway). We can only assume the features of voice search will expand to become slightly more accurate context-wise. This means that the relevant result out of the top 100 will be more important than the top ranked one as A.I. assistants start understanding us better.

It’s clear voice search is the future and is only going to grow and develop. Google will most likely keep creating new and engaging snippets and features that will be aimed specifically at voice search. You need to be future-proofed in your approach for this, and optimize with voice search in mind. At the very least keep up with the recent news and developments in this field, as eventually it will become a common standard no different than mobile optimization is a standard today.

If you liked this article please share and subscribe to our blog!  Also, check out our previous article on the topic, especially if you want to know how to choose proper keywords for voice search and some more tips:

We are an industry leading SERP tracker with lots of amazing SEO-focused features.

We can track ALL of Google’s ranking layers, which is key for voice search. That includes:

And we don’t neglect the other major search engines either! You will also be able to track and compare ranks from: Yahoo!, Bing, Yandex and Amazon (with all their local ranks).

Tracking for video marketers is included as well:

We can write more about our amazing SEO tool, but we believe actions speak louder than words, so we give you this 7-day premium free trial for you to experiment with our SERP tracker. All features are unlocked, including more than 13 types of 100% white label reports!

You can START HERE

No credit card is required to activate.

Because we at PRT have complete confidence in the quality of our tech.

Rankitor: A powerful and light SERP tracker that will SAVE you money
Scroll to top