Another strong case has been made for promoting for Bing

Bing announced recently that they now let users submit up to 10,000 URLs for indexing PER DAY through Webmaster Tools.

This is a welcome change to the previous settings where a user was limited to just 10 URLs a day and 50 a month. And it’s great news for SEOs and webmasters who need to submit URLs frequently.

Bing is becoming a serious contender again, and it seems they’re pulling some suave moves to improve their user experience. This puts them above Google and throws a jab at one of the main parts of Google’s indexing – web crawling. 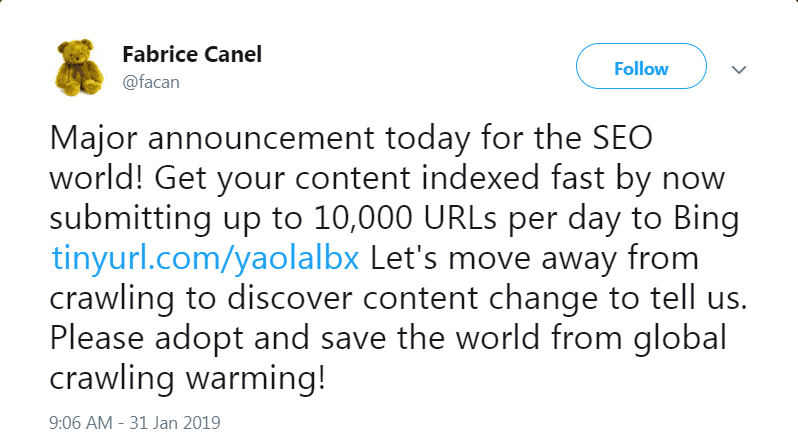 This blew Google’s daily submission limit out of the park, which was not only limited to 500 submissions a month, but the actual limit display was also removed at one point.

SEO for Bing has been somewhat neglected for many years and practiced only by those few who saw its potential, and there was some merit to that. For more than a good decade, Bing was a very distant runner-up to Google and offered very little value in comparison.

But in recent years, it began to change, and a shift of perception has been slowly taking place as Google sparked outrage more than once by worsening the condition of their direct users: the people that promote for Google and pay for their ads. The webmasters, SEO and SEM experts.

One such notable example is limiting search volume to high-paying AdWords users only back in 2016. That’s a problem we at Pro Rank Tracker quickly solved by simply showing all of our paid users their monthly global and local search volume for any keyword on Google. We since evolved it to show search volume on Bing, Amazon and YouTube as well:

Bing offers some sweet advantages that if used correctly can supplement and benefit anyone’s SEO campaigns.

For starters, unlike Google, Bing is less prone to devastating updates that knock down your hard earned ranks or arbitrarily penalizing and giving false positives to hacking signals.

Not putting everything in the Google basket is a mantra every webmaster and SEO expert should have memorized by now, because when that unexpected drop in ranks happens, you’ll be thankful you still have some organic Bing traffic. 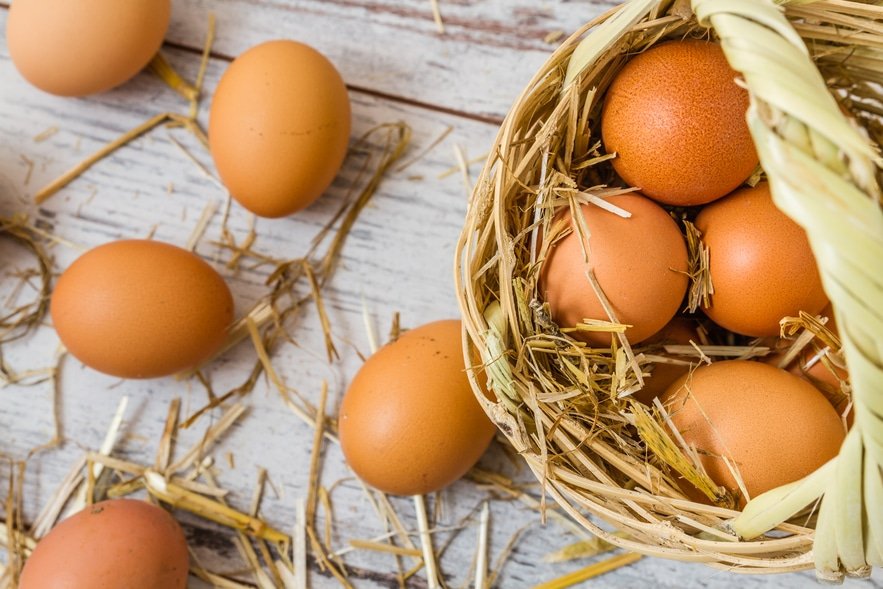 If that Google basket falls, you can still make an omelette with the eggs on the table

Bing also offers demographic benefits in the form of a more mature and financially stable user base. SEO is less difficult for Bing and less competitive.

In addition to that, Bing also powers Yahoo!, which means that many SEO strategies are effective for both!

So, the best way to monitor your Bing/Yahoo! organic progress is by monitoring it with Pro Rank Tracker.

Simply add the URL you want to track for Bing and Yahoo!: 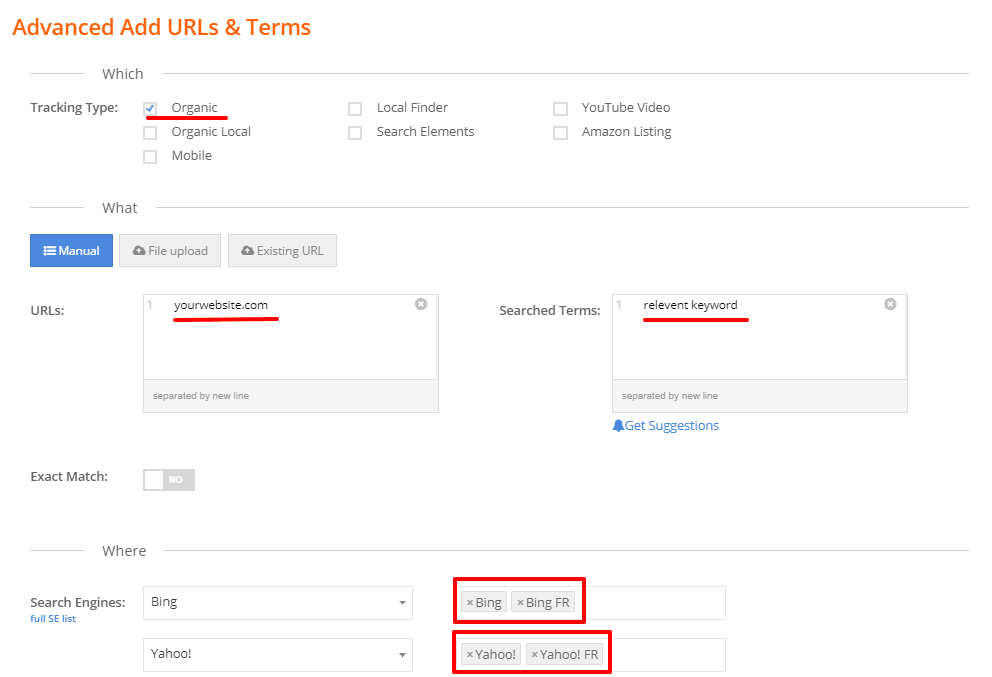 The column “Global” in the data table shows your Bing term search volume. If the term is tracked for a local Bing, than the column “local” will show you the search volume for that specific country.

Bing is mostly popular in the US and UK, so search volumes for other countries might be underwhelming for niche terms, but they are still worthy of promotion! You can get 0% traffic for a term searched by millions or 100% of a term searched by a few dozen.

So, keep your eye on Bing, and start targeting it if you haven’t already.

We have a feeling there’s many more interesting changes to come, and Google might be in for a very tough fight. Be sure you’re subscribed to our blog so you won’t miss those changes when we cover them!

If you want to read more cool stuff about Bing, here’s another article on why it’s an important contender in the search game:

We are a 100% white label SERP tracker that sets the NEW industry standards for rank tracking search engines in 2019 and beyond.

Track Google the RIGHT way for the first time:

And we mean it.

No credit card details are required to activate it.

Not only that, but as a special offer to our blog readers, you will also get to set up a full Skype Lesson with one of our SERP tracking experts to make sure you do everything the right way instead of just winging it.

After the trial expires, you’ll be moved to our regular free monthly plan that has no time limit.

But in case you do want to upgrade, we offer the most affordable plans on the market – starting as low as $17 USD for 300 terms, updated and tracked at least once a day, served fresh to your screen of choice.

The 2019 Layer Cake of Google Ranks
Scroll to top