So, do you have too much organic traffic and you are ranking high in several high value niche keywords, but you feel you have had enough? All that hard work has left you feeling too accomplished and now you want to get penalized and start from scratch? Well then this guide is especially for you!

We will go over the common practices which anger Google and can make you get that rank-whooping and start losing organic traffic ASAP.

First we need to understand that difference, since both have a similar trait – knocking rankings down.

You see Google employs about 100k people. They have a small army that reviews and rates websites based on their webmaster quality guidelines. If your website is found guilty by a reviewer it will be penalized.

A penalty will be followed with a manual report via the Google Search Console. After the cause of the penalty has been resolved, you will have the chance to issue a Reconsideration Request. This is common enough that many guides can be found on how to properly write one of those.

Sometimes ranks are negatively influenced, not as a result of a manual penalty, but because Google’s algorithm had some sort of major update roll out and the rules have changed.

Falling on the unlucky side of an algorithm update feels unfair and it mostly is.

Many times, people that do everything correctly can still take a ranking beating, because it’s not a perfect system. There is frequently collateral damage to be found when an algorithm change happens.

For example, webpage loading speeds have become an integral part of their ranking algorithm, since it’s now considered a part of a high quality user experience (backed by countless research). A webmaster might have done everything the right way, and never used any black hat tactics in their lives. But if they had a very slow loading website that the algorithm picked up negatively on, their ranks will drop and no report will show in their search console, because the change wasn’t manual. It was a “natural” change as a result of the algorithm doing its thing.

There are currently no reconsideration requests for organic ranking drops following an update.

Now that we have cleared the difference, let’s get to the action – how to get those manual Google penalties!

Cloacking is a technique that redirects users to a different page than the one the crawlers see.

The purpose is to deceive search engines and make them display web pages that otherwise wouldn’t be displayed. For example, delivering spammy or pornographic content to users while masking it as something legitimate.

Back in the days when keyword stuffing worked, ironically this was a technique to show crawlers an unreadable keyword stuffed mess, while redirecting users to a higher quality version of the page.

This also applies to cloaking images.

Basically, this means presenting a content sample to search engines, and once the user clicks the result, they discover the content which enticed them to visit the site in the first place is hidden behind a pay wall.

This has become more of a grey zone, as explained by Google themselves in their blog.

If the free sample content is hidden after clicking, it’s a violation. But if it’s shown as a teaser sample to the rest of the content, then it’s ok.

If Google determines a website was hacked, or just generally uses malicious practices such as pushing malware to unsuspecting users, they will remove it from search results entirely until the matter is resolved.

Having backed up versions of your website is a good measure for those that want at least some sort of rescue wheel or plan B in case a hack does happen.

A technique meant to hide text that the crawlers can see from users. When keyword stuffing worked, people used it to bolster their content with as many keywords as they could.

Hiding text can be done in various sneaky ways, such as using white text on a white background, positioning text off-screen, setting the font size to 0, etc. The crawler will read the code as content, but the people browsing will not see it (unless specifically checking the source code in their browser).

5. Spam straight out of the can 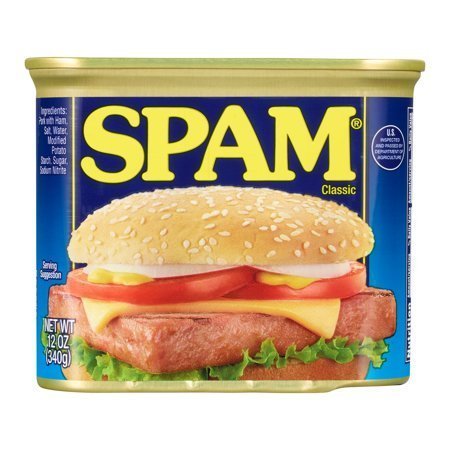 This one is easy to spot. We all know spam when we see it, and so will Google’s reviewers.

Most of the other penalties also fall under the spam umbrella – scraped content, unintelligible keyword stuffing, bombardment with ads, cloaked content, etc.

Having an annoying spammy website will get you that well deserved penalty.

Excessive use of keywords that doesn’t contribute to the content.

If the blog post you write becomes unreadable because of too many keywords, you will get that yellow card.

Make sure you have everything marked correctly for Google’s various snippets. For example, instructions on how to buy supplements marked as a recipe will get that penalty with ease.

Anything that Google describes as content with little to no added value. For example: automatically generated content, low quality affiliate pages that makes you want to slap the person who wrote them, scraped content, and you get the gist of it. We all recognize garbage quality content when we see it, and so will Google’s reviewers.

This one is commonly used even today. Buy some backlinks from a shady source that promises you easy rankings and get that penalty. Google can spot these from a mile away and they absolutely hate the practice of buying links.

This messes with the initial purpose of their algorithms – using external links pointing to your website as a form of academic citation.

Needless to say, if you plan on selling links, you will also sooner or later earn that P. Not to mention it can easily be reported by anyone.

So, this one might not be your intention and often happens if you like it or not.

Bots and content-farms in third world countries can be used to spam comments and forums with ads and just pure trashy irrelevant content.

Anyone with a website that allows users to create content, such as a blog or a forum, needs to be vigilant and monitor their website for these things, and preferably have some spam filtering system in place.

But this is for those who don’t want a penalty and want to keep a steady flow of organic traffic.

It’s not easy to be original. To solve this issue, why not blatantly copy content from other websites (even if they are your own websites) word for word and post it as your own. Google easily recognizes duplicate content and will penalize it faster than Simon Cowell shoots down a bad singer on America’s Got Talent.

Regardless if a penalty happened or there was an update, the first place you will notice it is in your ranking via your SERP tracker, if you were tracking everything correctly.

With our Notification feature, you can set up specific triggers that will notify you if your ranks suddenly drop or spike (or any other conditions that you might need):

We update your ranking data at least once a day, so you will get notified as soon as we register a ranking change.

Now that you know how to get them, you also know how to avoid them in the rare case that you want to keep that sweet organic traffic flowing.

You might not be able to avoid a ranking change following an update. But at the very least you know that you if observe the guidelines, everything should be more or less steady and predictable. And if something suddenly changes, at least you have notifications set, that will warn you quickly.

Next time we will breakdown the main ways you can get an algorithm penalty, so make sure you are subscribed to our blog!

Other than the Notification feature mentioned earlier, we are also the only ones capable of tracking Google’s DEEP ranking layers:

Real because we require no credit card details to activate it!

Here’s what you get to try for absolutely free and no auto-renewal traps:

Mobile-First Indexing will be active for all new websites starting July! Details...